Everything about Director KYC or eForm DIR – 3 KYC 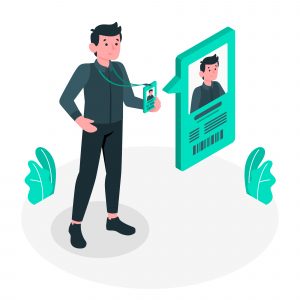 DIR-3 KYC is a form issued by MCA. This form will be used to update the KYC of all directors.

As per the provisions of Rule 12A of the Companies (Appointment and Qualification of Directors) Rules, 2014, every individual who is allotted DIN as of 31st March of a financial year must submit his KYC on or before 30th September of the immediately next financial year. For example, you have been allotted DIN on 12/03/2021, This rule requires you to complete you KYC before 30/09/2021 but in case you have been allotted DIN on 02/04/2021 you are not required to complete KYC for year 2021. You are now required to complete KYC on or before 30/09/2022 After expiry of the respective due dates, system will mark all non-compliant DINs against which DIR-3 KYC form has not been filed as ‘Deactivated due to non-filing of DIR-3 KYC’.

Any DIN holder who is filing his KYC details for the first time with MCA, must file all KYC details only through eForm DIR-3 KYC. There is no option for such a person to access the web-service for his KYC. Further, any DIN holder who wants to update any information of his KYC details must update the same through filing of eForm DIR-3 KYC only. Please note that no update in details can be made by accessing the web-service for DIR-3 KYC.

3. Who can file KYC through DIR-3 KYC web-service?

Any DIN holder who has already submitted eForm DIR-3 KYC in any of the previous financial years and who does not require update in any of his KYC details as submitted, may perform his annual KYC by accessing DIR-3 KYC web service. No fee is payable up to the due date of each financial year. After the due date, a fee of Rs.5000 shall be payable.

4. Dates to be kept in mind to comply with Annual compliance of KYC

As per the provisions of Rule 12A of the Companies (Appointment and Qualification of Directors) Rules, 2014, every individual who is allotted DIN as on 31st March of a financial year must submit his KYC on or before 30th September of the immediately next financial year.

If the DIN holder does not file his annual KYC within the due date of each financial year, such DIN shall be marked as ‘Deactivated due to non-filing of DIR-3 KYC’ and shall remain in such Deactivated status until KYC is done with a fee of Rs.5000.

Point to be noted here is that, if the KYC is done in one financial year, it NEED NOT be done again in the same financial year again. Example: DIN issued on 30 Jun 2017. Due date for first KYC to be filed in eForm DIR-3 KYC was 5th October 2018. If the DIN holder does not file the form within the due date, DIN is marked as ‘Deactivated due to non-filing of DIR-3 KYC’. Now in case the form DIR-3 KYC is filed with a fee of Rs.5000 before 31st March 2018, KYC will be considered to have been done for the FY 17-18.

5. Which details are required to be filled in the form?

Further, Aadhaar is mandatory, if it is assigned. If not, then Voter ID or Passport or Driving License shall be attached. Accordingly, copy of any one of the above selected information is to be attached.

6. Is it mandatory to enter a unique mobile number and email ID in form DIR-3 KYC?

Yes. It is mandatory to enter your personal mobile number and personal email ID in the form DIR-3 KYC and the same has to be verified by an OTP process. Further, the mobile number and email ID must be unique such that it is not already linked with some other person in the DIN holders’ database.

7. How does the OTP functionality in DIR-3 KYC work?

8. Who are the signatories in DIR-3 KYC form?

9. I am a disqualified director, am I required to file form DIR-3 KYC?

Form DIR-3 KYC, if filed within the due date of the respective financial year, no fee is payable. However, if filed after the due date, for DIN status ‘Deactivated due to non-filing of DIR-3 KYC’ a fee of Rs.500(Rupees Five Hundred Only) shall be payable from 21st September to 05th October 2018(Both days inclusive). From 06th October onwards a Fee of Rs.5000(Rupees Five Thousand Only) becomes payable.

Form DIR-3 KYC can be filed for status ‘Deactivated due to non-filing of DIR-3 KYC’ on payment of fee as above.

12. Whether details entered in the form DIR-3 KYC will update DIN Holders’ database?

Yes. All information as entered in the form DIR-3 KYC shall be updated in the DIN holders’ database.

13. Whether multiple filing of form DIR-3 KYC is allowed?

System will not allow multiple filing of form DIR-3 KYC for an applicant. In case KYC is already filed for a DIN, and such DIN is entered again, system throws an error that the form is already filed.